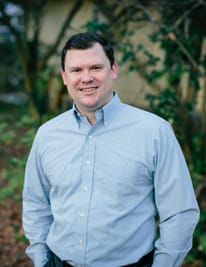 Michael G. Horton was born in Orlando, Florida, on July 26, 1981.  Michael was raised in the Central Florida area by his parents Dennis and Suzette Horton. He is happily married to his wife Joy, who recently gave birth to their first child.

Michael attended Auburn University in Auburn, Alabama, where he received a degree in Business Administration.  After graduating from college, Michael moved back to the Orlando area where he began a career in real estate.  He worked as a commercial real estate appraiser and a Realtor.  Shortly after returning to Florida, he married his wife Joy.  The couple later moved to Birmingham, Alabama, where Michael began working in the banking industry.  He held multiple positions at both BBVA Compass Bank and Regions Bank.  While living in Birmingham, he attended The University of Alabama at Birmingham and earned a Master of Science in Business Administration.

Michael was admitted to the Florida Bar in 2016, and joined his father at Dennis L. Horton, P.A.  The two worked closely together on the majority of the firm’s cases, and became partners in January 2017.  Dennis retired in 2017, and Michael has taken over the business.  He is now the proud owner if this second generation law firm, and looks forward to guiding the business into the future.

Philosophy: I work hard to provide our clients with quality, compassionate, and honest legal advice.  Clients expect first class service from our office, and I try my best to meet and exceed their expectations.  Our clients enjoy the second generation aspect of my practice, and they feel secure knowing the firm will continue for many years to come.  I believe I am privileged to have such an amazing mentor in my father Dennis, and I strive to emulate his integrity and success.